The Truth Inside the Booth

The Truth Inside the Booth 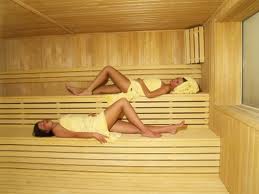 Taking care of yourself FOR yourself!

We are a few weeks past the election so let’s not talk politics. I think we’ve all had enough of the campaign calls and the commercials with five-word, out-of-context snippets played to horror movie scores. Yeah, let’s talk about something else.

I don’t spend a lot of time in the booth when I vote. Long before I step foot inside, I’ve put a lot of thought and care into what’s going to take place there. Nobody’s watching and few may ever know what I’ve done, but that doesn’t matter one whit. After all, it’s in those times when nobody’s watching, that our choices matter most.

Do you ever do that thing where you sort of let yourself go when you’re not going to work or won’t be seeing anyone special or going out anywhere exciting? You know, when nobody’s watching? Think of those whole mornings or even days when you don’t put on your makeup or an outfit you like. What happens on those days? You don’t feel your best. You might even feel like crap.

When we feel like we look good, we feel better emotionally. That’s why you shouldn’t think of dressing up and fixing your hair and doing your makeup as things meant to make yourself presentable to others. Think of them as things you do to keep yourself feeling good. Take care of yourself for yourself. It really doesn’t matter that nobody’s watching. Just like in the voting booth: Your choices at those times have a direct impact on you. Take good care with them, knowing that you really do count.