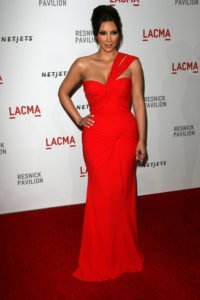 Broken out? Battling rosacea? Trying to mask a psoriasis outbreak? Feeling like a used dishrag whenever you’re in a checkout line flanked by beauty magazines? We all know by now that Photoshop works magic, and celebrity skin isn’t as flawless as cover shots imply. But do you realize the extent to which it isn’t flawless?

Cynthia Nixon of Sex and the City has been very open about her struggles with rosacea. This inflammatory condition of the skin generally shows up on the face. It can cause an appearance of redness, flushing, acne, or a combination of these issues. Yet Nixon was one of a quartet of middle-aged hotties that turned on America for seven years.

If you look at pictures of Kim Kardashian—pretty easy, since she’s on the cover of everything but National Geographic—you see the skin that just about everyone woman wants. It glows. It’s smooth. The color is even. It’s flawless, right? Wrong. Kim recently revealed she has psoriasis. So does CariDee English, one of the season winners of America’s Next Top Model. Psoriasis was famously called a “heartbreak” in a mid-1960s ad campaign. Causing red, scaly plaques on especially the knees, elbows, and scalp, it can appear just about anywhere. Isn’t it somehow comforting to know that two women who are famous almost exclusively for being beautiful are living with it—doing better than fine?

Jessica Simpson is one of many glitterati who battles acne and the pitting and scarring that come with severe outbreaks. And Katie Perry has said in interviews that she’s so embarrassed of her acne scars that she sometimes wears too much makeup as a defense mechanism. One of the most iconic beauties on the planet, Cameron Diaz, is a long-time sufferer of severe acne. According to her personal aesthetician, she also has sorely uneven skin tone, sun damage, and hyper-pigmentation.

Living with a chronic skin condition doesn’t mean living outside the circle of beauty. Many of our very icons of beauty—the women who set the standard of beauty—have these same conditions. Cut yourself some slack. Acne, scarring, rosacea, psoriasis, and many other skincare issues that seem like a heartbreak don’t have to be. Most cases are manageable with makeup, skincare treatments, and the help of a skincare professional.